Brave Retail: Let’s Crush the Fear of the Future

The retail sector is sailing across a sea full of sharks and huge waves. It’s inevitable to feel afraid. We must recognize the fear, use it to our advantage and learn to enjoy the trip.

As the boundaries in the industry are continuously shifting, leaders can emerge from anywhere. The convergence of technological disruption, the arrival of highly-skilled players such as Amazon, Alibaba and JD.com, and the dramatic transformation of consumer habits has unleashed a diabolic wave. ​It would be impossible to be a large traditional retailer and not grind its teeth with stress.​ After all, decades of relative stability have suddenly given way to a new age that threatens the very existence of retail companies. Not fearing for one’s life when there are reasons for it is not cowardly or fainthearted. It’s suicide.

Courage is something else. It means recognizing the fear. As martial arts teach us, let’s use the strength of our adversary against him. Let’s create tailwinds out of headwinds, and learn to tame the wild ocean. Let’s have the courage to lead an organization with historical traditions and a heavy structure and bring it to a successful state without listening to senseless siren calls: those who recommend flooding our stores with technology even if we never recoup the investment, those who tell us that we must fight Amazon by turning into a bad copy of Amazon and those who try to convince us to remain paralyzed, like an animal in the middle of the road, looking straight ahead at the fast-approaching headlights until it is crushed, at full speed. In old legends, sailors would tie themselves to their ship’s mast as to make it impossible to jump into the ocean if they were seduced by sirens’ songs. Let’s not be like them.

Naturally, it isn’t easy to lead a large traditional retailer. One must overcome the fear of failure, generate results every single day and have the humility to look for partnerships with competitors (such as BMW with Mercedes in Germany) or with startups (as the case of pharmaceutical groups Novartis or Johnson & Johnson) when working solo on transformation turns out to be overwhelming. We now see cooperation where fierce competition was raging just a few years ago.

Finding the time and space to build a long-term vision is critical. ​The best CEOs are not visionaries, but shrewd professionals who shine in the present while working for a better future. ​And they do it alongside a board of directors that designs and pushes forward with all its power an ambitious and successful strategy. Without its support, true change is impossible.

If there is a lesson to be learned from the top technology companies, it is that its main shareholders – those who sit on their boards – willingly give up part of their short-term gains. In return, they expect the company to obsessively work to find new sources of revenue that will replace the current ones when the market matures. Amazon shareholders didn’t accept to give up dividends because they assumed the company would be the world’s leading online bookseller forever. They did it because they trusted the company’s strategy to successfully sell a whole range of things and because medium-term targets were consistently achieved. The company grew wildly. Shareholders were right. 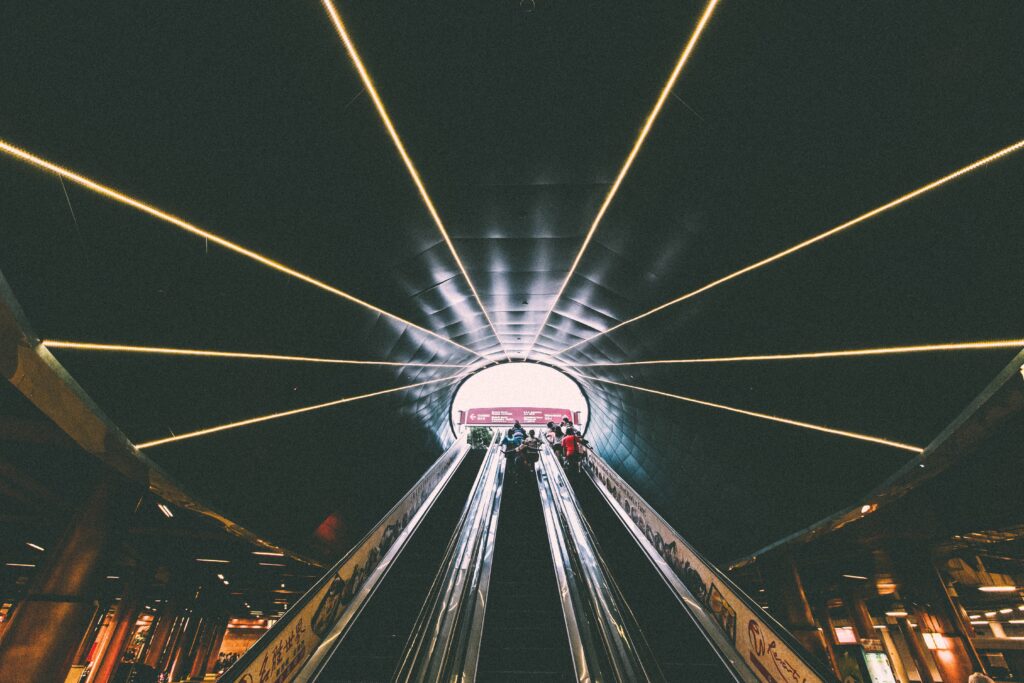 William Barnett, professor of business leadership at the Graduate School of Business at Stanford University, says that disruption isn’t just about changes in technology; it’s about changing the logic of a business. Once the CEO and the board are firmly aligned, that’s the moment to introduce urgent reforms within the organization. There are three areas of reforms: technological, cultural and talent related. A large retailer must considerably reduce the weight of its structure and relentlessly cut inefficiencies. ​It must wage war on slowness, but not on reflection. Important operational decisions can’t be applied reluctantly or with months or years of delays​.

Technology helps us simplify structures, brings out what’s superfluous and speeds up the flow of information and relations between top management and the rest of the staff on one hand, and between the company and its clients on the other. It’s important to realize that the coexistence of new and old information technologies may turn out to be problematic, as we’ve seen in cases of large multinationals such as Deutsche Bank. Let’s remember that technology used to be an instrument, and now it’s the very heart of our business. Sometimes, even the best organ transplant can end in rejection. We must also be careful with technological “solutions’’ that only create problems. The rule is simple and straightforward: ​the advantages of digitalization end the moment they start to complicate processes instead of simplifying them.

As technology evolves, behavior is also shifting dramatically. The ownership of physical goods is becoming less and less relevant. How many CDs do you still own? “By 2019, more than 50% of all industries will price their offerings as services with flexible consumption-based pricing models,” predicted the International Data Corporation (IDC), a market intelligence services firm. But services are not a new invention. Rockefeller already knew how to use and profit from services. He gave away kerosene lamps or sold them very cheaply to guarantee the demand for his fuel oil. What addiction can your company generate?

“Culture eats strategy for breakfast,” a phrase attributed to the late management guru Peter Drucker, leads us straight to our second reform, which is cultural. As EY consultant Marcie Merriman has said, it was the retail sector’s inaction – or the prevailing culture – that led many retail players to focus more on their competitors or their own quarterly results than on their clients. One case was the sad decline and bankruptcy of Sears. Understanding its clients was always a pillar of that business, but it became impossible to paint a clear picture simply by using rough indicators such as sales per square meter. Sears simply didn’t work to predict consumer behavior based on big data, and by the time it realized its mistakes, it was too late.

Finally, the revolution created by mobile devices, the huge penetration of online retail and multi-channel strategies have blurred the lines that used to divide staff between those dedicated to physical stores and those working on e-commerce. The entire structure must work under the same obsession: to sell a product to a client, wherever and however that may be. It’s crucial to create a culture that fosters the constant flow of information, the quick reaction of an organization to relevant data and the creativity of ​committed professionals who are willing to work as intrapreneurs​. Retailers must also stimulate the necessary agility to try out prototypes, to celebrate failure (failure only happens to those who try!), and to have the conviction that no technology will ever replace a store that’s able to wow a client or a salesperson that truly knows the product and can guide a client until her needs become clear.

But the most important step will be, undoubtedly, ​to once and for all put an end to the short-term culture of only looking at the next quarterly result, or of dreaming of a return to the good old days.

The third great reform has to do with talent. Here we must face a dangerous enemy that wears different costumes. We’ll call it fear of change, an inherently human reaction according to neuroscience. It’s part of all the fears that may lead members of an organization to slow down, dilute or completely halt transformation that is necessary for the company’s survival.

As management experts Sally Blount and Shana Carroll describe in an article in Harvard Business Review, ​“between 50% and 75% of change efforts fail (…) and​ for those that do succeed,​ ​many don’t achieve the goals of the original vision.’’​ In order to mitigate the negative results, the experts recommend seducing the stakeholders and listening to their opinions, integrating some of the constructive criticism; assuring the veterans that they still matter and  bring value to the organization; and finally matching the rhythm of change with the capabilities of the companies’ staff, so that change can be efficiently absorbed. It’s impossible to win a race by burning up the engine in the first round.

Nevertheless, in times of digital disruption and unavoidable change, it is also vital to face the war for talent that can constantly bring new ideas and integrate new models into the company’s mindset. There is no question that it will be a tough battle; but without improving a company’s biggest asset – its workforce – the fight is already lost before it has begun. Some of them are scared about the future. But fear is a profound emotion that’s extremely valuable for the responses it elicits. A much bigger threat would be to respond to fear with meaninglessness.

In any case, the captains steering huge retail transatlantic ships beyond the storms should know they will have to make exciting but also tough decisions. It’s easier to hire than it is to fire. It will be an adventure like no other, in which huge waves are crashing on the ship at the same time as revolutionary changes take place, helping the company embrace new models in the medium term. ​These retail captains will live in the now, will dream of tomorrow and will try to predict the future. There are several time zones. Careful with the jet lag.

No comments yet. Why don’t you start the discussion?